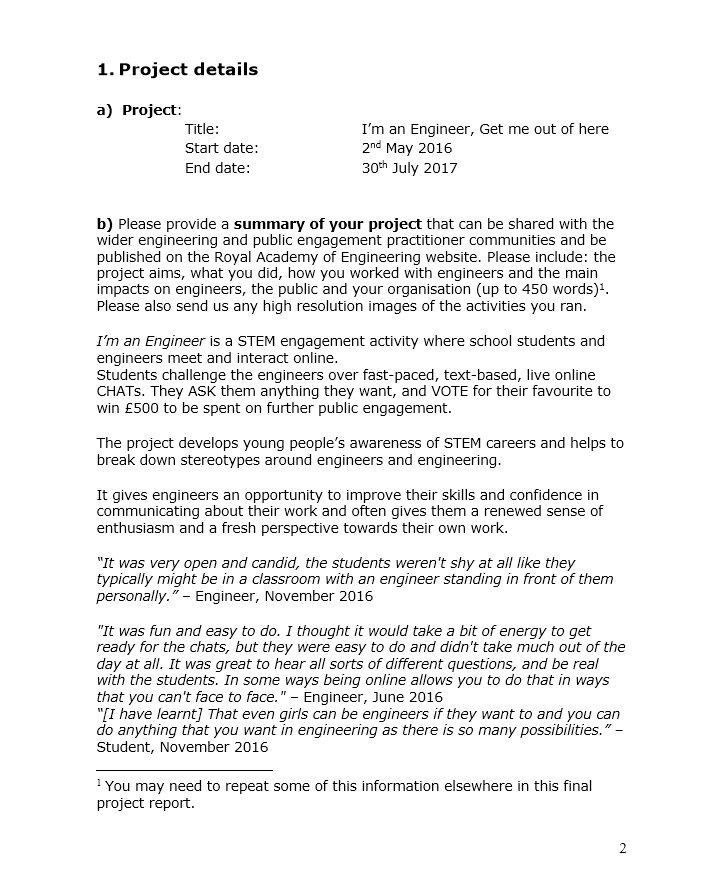 This Ingenious Grant from the Royal Academy of Engineering enabled us to connect 2,810 students from 78 schools with 33 engineers between June 2016 and March 2017.

Of students who logged in, 87% actively engaged with the event through CHAT, VOTE and ASK where they posted more than 2,600 questions.

Schools identified as likely to be under-served by engineering outreach (widening participation schools) made up 34% of those involved, exceeding our objectives for this group.

“It was very open and candid, the students weren’t shy at all like they typically might be in a classroom with an engineer standing in front of them personally.” – Engineer

“[I have learnt] That even girls can be engineers if they want to and you can do anything that you want in engineering as there is so many possibilities.” – Student

“The students found talking to real people very engaging. They weren’t shy and surprised me with the depth of questioning they went into. It was very exciting for them and they learnt a lot. (So did I!)” – Teacher 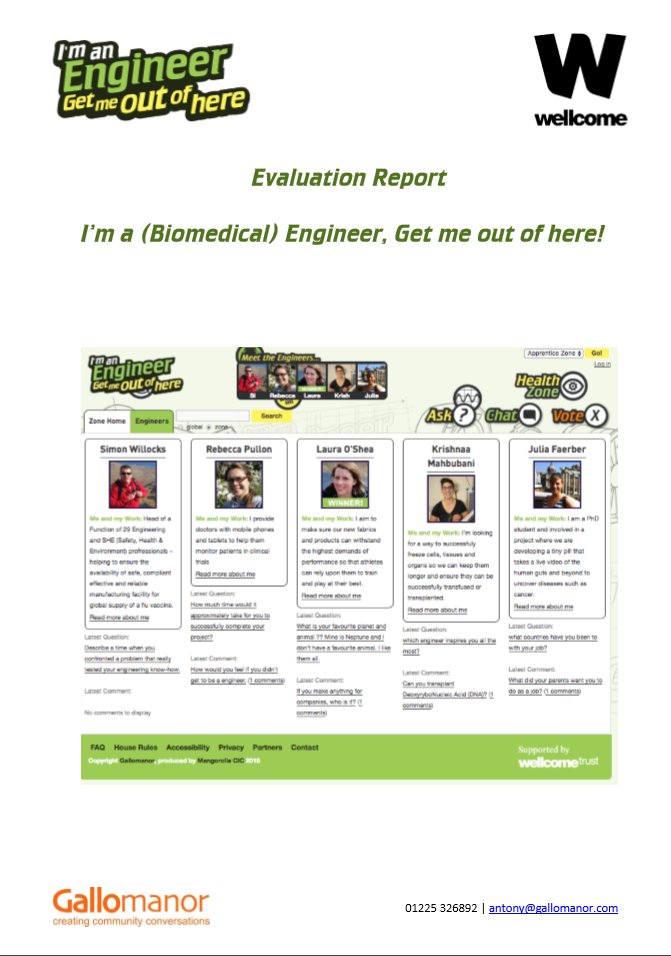 In 2014, we received a People Award to run 8 I’m an Engineer zones featuring biomedical engineers.

Read the final report on the zones here

Below are the key outcomes we found after evaluating the zones of I’m a (Biomedical) Engineer:

“It’s been interesting getting to grips with school pupil levels of understanding about what engineering is and how it’s applied. The questions have been quite testing at times, also in sheer scope.” – Dominic Eggbeer, Surgery Zone

in Evaluation, Evaluation Reports | Comments Off on I’m a Biomedical Engineer Final Report 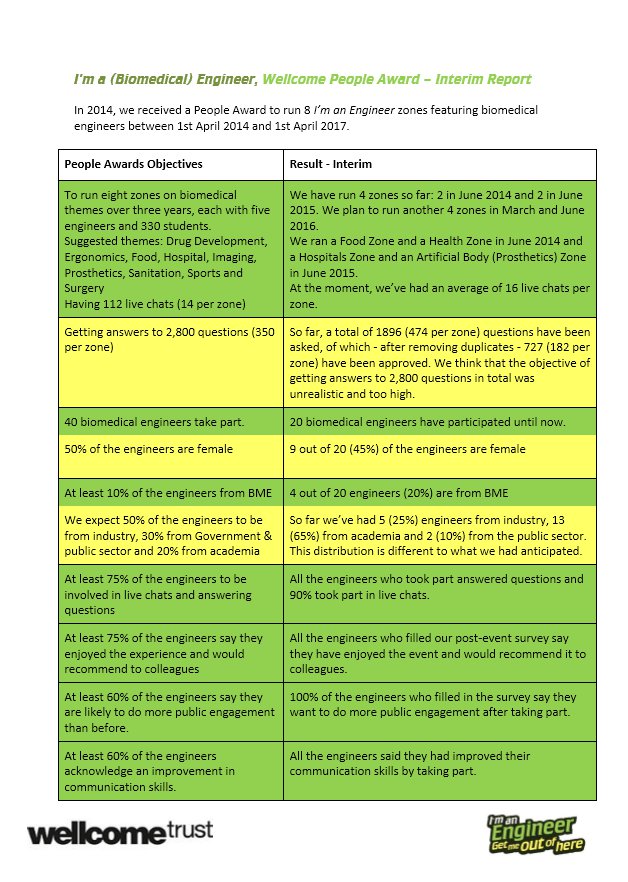 In 2014, we received a People Award to run 8 I’m an Engineer zones featuring biomedical engineers between 1st April 2014 and 1st April 2017.

Read the interim report on the zones here

in Evaluation, Evaluation Reports | Comments Off on I’m a Biomedical Engineer – Interim report

What can you do?

What is I’m an Engineer?

I’m an Engineer, Get me out of here is an online activity where school students get to meet and interact with engineers.

It’s a competition between engineers, where the students are the judges.

Students challenge the engineers over intense, fast-paced, online live Chats. Then they Ask the engineers all the questions they want to, and Vote for their favourite scientist to win a prize of £500 to communicate their work with the public.

What are you looking for?