Our current and previous funders.

Get in touch with shane@mangorol.la (01225 326 892) to talk about how I’m an Engineer can help you meet your public engagement aims.

The The Digital Engineering Technology and Innovation (DETI) programme at the University of the West of England is a research, innovation and skills initiative.

DETI plays an important role in driving innovation and digitally enabled recovery following the Coronavirus outbreak. The initiative will work with leading companies and support industry to reduce carbon emissions by producing better products that are lighter, more fuel efficient and have less waste through undertaking research and innovation in the virtual world.

In 2021/22, DETI is funding the Youth Engineering for Environmental Sustainability Summit (YEESS). Taking place in October 2021, YEESS offers students a space to discuss and explore how we can achieve a zero-carbon future, ahead of the UN COP-26 meeting.

The Science and Technology Facilities Council

The Science and Technology Facilities Council (STFC), part of UK Research and Innovation, keeps the UK at the forefront of international science.

The STFC are currently supporting I’m an Engineer over 2 years through a Legacy Award.

techUK is the UK’s technology trade association, championing technology’s role in preparing and empowering the UK for what comes next. techUK develops and maintains systems delivering a better future for people, society, the economy and the planet.

In 2021/22 techUK is funding the Invisible Internet Zone, alongside other internet infrastructure companies. The Zone will engage school students with the people and technologies working behind-the-scenes to maintain the systems that keep up connected. This is the first activity funded by techUK.

The UK Atomic Energy Authority (UKAEA)‘s mission is to lead the delivery of sustainable fusion energy and maximise its scientific and economic benefit.

By funding I’m an Engineer, UKAEA aims to inform and inspire students about STEM careers, and drive more young people towards high-tech jobs in the UK.

In 2021/22 UKAEA is funding the Clean Energy Zone, which will connect students with engineers working to make fusion power a reality. This is the first activity funded by UKAEA. 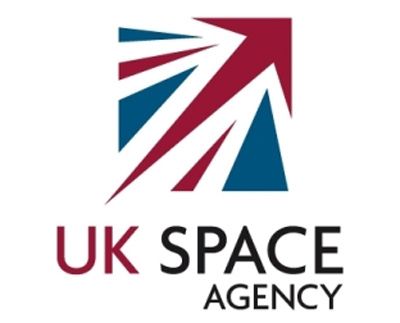 The UK Space Agency are at the heart of UK efforts to explore and benefit from space. They are responsible for ensuring that the UK retains and grows a strategic capability in space-based systems, technologies, science and applications.

In 2021/22 The UK Space Agency are funding the Space Zone in October 2021, as part of the ‘Space for all’ community award scheme.

The Royal Academy of Engineering (RAENG) are the UK’s national academy for engineering, bringing together engineers from all disciplines to promote excellence in the science, art and practice of engineering.

The Wellcome Trust are dedicated to achieving extraordinary improvements in human and animal health. They support the brightest minds in biomedical research and the medical humanities. Wellcome’s public engagement grants are intended to promote interest, excitement and debate around science and society.

What can you do?

What is I’m an Engineer?

I’m an Engineer, Get me out of here is an online activity where school students get to meet and interact with engineers.

It’s a competition between engineers, where the students are the judges.

Students challenge the engineers over intense, fast-paced, online live Chats. Then they Ask the engineers all the questions they want to, and Vote for their favourite scientist to win a prize of £500 to communicate their work with the public.

What are you looking for?